I recorded a programme last night (Friday 8 November 19) that was on 5 HD – New World’ Most Scenic Railway Journeys, I must admit it’s not the type of programme I would usually watch. It caught my eye when reading the description for it. I noticed that it was about the TranzAlpine Express on New Zealand’s South Island, from Greymouth to Christchurch.

It was when I was going through the channels looking for something to watch when I noticed this programme was coming on. I decided to record it as I was going to be watching Spiderman Far From Home with Kirsty.

I ended up watching this programme at 06.30 this morning and it was like taking a trip down memory lane. When watching it I couldn’t stop thinking about being on that train journey and what a right memorable trip it was. This was on my second last day on an eight-day charity trip to New Zealand.

In November 2003, I was fortunate to go on the TranzAlpine Express when I was across in New Zealand with 47 other hardy Scots for a charity cycle ride for the then Scottish Society for Autism – now Scottish Autism.

So including travelling, it was a 12-day trip. The jet lag really hit me on the way back home, but it was worth it. I really did love the whole event and I met some great people. A couple of the guys were staying on for another few weeks. They had asked me to go along with them, but I couldn’t as I had started my employment with UNISON only 2 weeks before going on this trip.

To take part in the ride you had to raise £3000, £1500 was to pay for flights and accommodation. The other £1500 was straight towards raising awareness and funds for the charity. I total I raised roughly £6000. The route for the cycle ride route itself was:

Travelling to New Zealand and coming back home the flights were;

There were a few reasons why I took part in this. I first came across an advert on the TV for this challenge. I can always remember sitting watching the TV with Kirsty when the advert came on and then saying, “I quite fancy doing that Kirsty!” and her response was, “with the people you know you can raise the money easily”. When I saw that I had to raise a minimum of £3000 I really did doubt myself that I would be able to raise this amount of money.

It was Kirsty who really encouraged me to register and then take part in the challenge. At the time I was the Scottish Political Officer for the Communications Workers Union (CWU) and I was constantly meeting with Members of the Scottish Parliament (MSPs) in Edinburgh and Member’s of Parliament (MP) in London. I had a really good working relationship with different branches of my own trade union the CWU and a good relationship with other trade unions.

So the next day after seeing the advert I called the charity and they gave me a complete breakdown on what I would need to do to register etc. Then a fundraising pact was sent out. I then started writing directly to politicians and trade union branches for donations and the response really was fantastic.

When Tommy Sheridan was an MSP, he wrote a weekly article for one of the tabloid newspapers. Tommy would use his fee from the newspaper and he would give the money too ‘good causes’ and to the charities that members of the general public that wrote to him asking for a donation. Tommy also would write about this in his newspaper article. So Tommy sent me a cheque for £150 and he wrote about my fundraising efforts.

The advert was on the TV roughly in late December 2002 and I was really feeling down at the time. In November 2002, my mum had died after a long battle with a brain tumour. So after discussing the event with Kirsty, I had decided to do it in memory of my mum.

I have taken part in and organised many charity events in the past, however, this was my first major charity event and the one that got me hooked on doing many more and then going on to organising charitable events.

With the events that I have taken part in and organised in the past, I have helped raise a lot of money and awareness for many charities. So with the way my health is now, there is no way that I could even consider taking part in physical events. However, I really do enjoy what I do with Prog in the Park raising money and awareness for cancer charities. MacMillan Cancer Support is the beneficiary of PITP 2.0

So if you have still to buy your Prog in the Park 2.0 ticket you will be able to buy that from proginthepark.com .

Watch out for a charity challenge that is going to coincide with PITP 2.0 and hopefully you might even want to take part in this. Details will be published very soon.

If you have never done one of these charity trips that you see on TV, newspapers, magazines, online etc and fancy doing it yourself for whatever reason, then do it. I am more than happy to discuss my involvement in these type of events if you would like more information.

Everyone has their own reasons for taking part in charitable events and most do it for the right reasons. It is unfortunate that some people do it for their egotistical reasons, don’t let them put you off. Always think about the difference you can make when doing something like this. 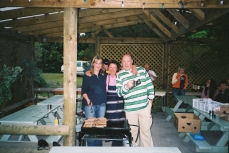 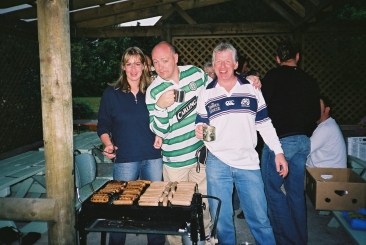 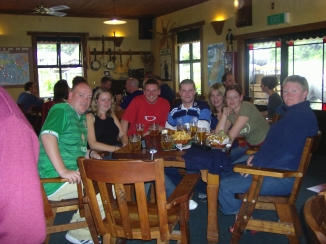