With everything that is going on across the UK with Coronavirus and the level of selfishness that we are witnessing daily, my faith in humanity was restored on Tuesday 12 May 2020.

It was roughly at 16.45 and the nurses had set me up to my ‘pic line’ so that I was able to get my third IV antibiotic treatment of the day. It must have been a good 10 minutes into the treatment and I could hear a phone call to the ward reception that is just outside the room that I am on the ward.

During this short phone call, I could hear my name being mentioned by a member of staff and her saying that I was “hooked up” to the IV line and getting treatment. Then the next thing I could hear was, “can you bring it up please?”

Then a few minutes later, a 12” Pepperoni pizza from Dominos had been handed in to me. This was right at the moment when we settle down for what is called in here at the Royal Infirmary Edinburgh (RIE), “suppertime”, 5.00PM. Now talk about perfect timing or what!!

The pizza was bought for me by Paul a fellow patient that shared Room 16 on Ward 102 with me for a few days before going in for his operation. What had come about is that we were discussing what we were looking forward to eating when we got out of the hospital and back home. For some reason, I had said a Dominos Pepperoni Pizza and Paul had remembered this.

In my time I have been so fortunate to have met so many people that I would class as a ‘good guy’ and Paul is certainly one of them. He is a 73 years old (he looks a young 60-year-old) married gentleman from Edinburgh and he was telling me that he still works.

He had been telling me that throughout his years, he had been fortunate enough to work around the world as a deep-sea diver.

When we were discussing where we lived, he told me that once he owned a property in Inverkeithing at the Ballast Bank known as the ‘shed’. At the time, the company he had made small deep-sea exploratory submarines. I actually remember this company very well as when it first opened the media had covered it.

We had a really good discussion about Inverkeithing as at the time when I used to frequent the Queens Bar, he drank there and in the old lounge in the Queens Hotel.

Before being discharged, Paul had come along to my room to see me and say goodbye. I had really enjoyed spending some time in his company while he was a patient in the hospital beside me, his stories helped the day go a lot quicker. 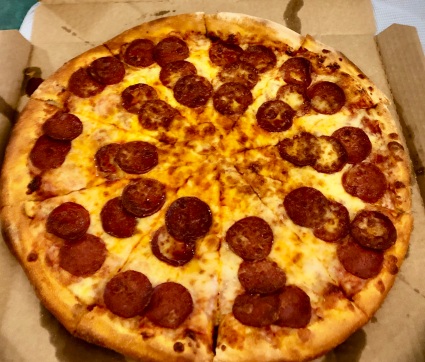 When I was first hospitalised to the Victoria Hospital Kirkcaldy (VHK) a few weeks ago now, little did myself and Kirsty know that I was actually so ill, never mind that I would have to stay in the hospital for so long.

As the ambulance was en route for me to take me to the VHK, Kirsty had packed clothes and toiletries for me. There were enough clothes etc for a few days for me. These didn’t last that long and by then I was now a patient at the RIE.

I found out that patients were able to get clean clothes and other stuff dropped off for them. So I was delighted that my niece Anne Marie brought clean fresh laundry for me a few weeks ago.

When a family member or friend is doing this, its a matter of the person being able to press the bell on the door of the ward, then a staff member then is able to pick this up and then bring it around to you at your bed (room). The rules brought in to deal with coronavirus mean that you can’t see the person.

Once I had run out of clean clothes again, my mate Andrew had brought even more across for me last week. Both had quite a bit of dirty laundry to go back to Kirsty.

Andrew had asked me if I was needing some things picked up from the shops when he was coming across, so I sent him a wee shopping line. It was things like cans of Coke, Crisps, Scotch Eggs etc.

When Andrew had arrived at the ward to drop the clothes and shopping off, the ward senior charge nurse let me go to see him briefly, as long as I had my mask on to ‘protect myself’. It was really good to catch up with him. When he left and when I went back to the ward, the first thing I did was get some salt and eat the Scotch Eggs. They were braw and went down a treat.

I really can’t remember who it was that I had been talking to, but I had been saying that I would be asking Kirsty to shave my hair as it was starting to look like a ‘burst couch’.

On Sunday afternoon, one of the nursing staff, Kelly had heard me talking about this and to my surprise, she said that she would quite happily do this for me. However, Kelly had explained that the clippers she had would cut my hair really short as these were surgical clippers, the ones used to shave patients before going for surgery. I had just laughed and said that is exactly what I was after, then a few minutes later I had a great short haircut. This was exactly what I was after and certainly no complaints from me about the shortness. 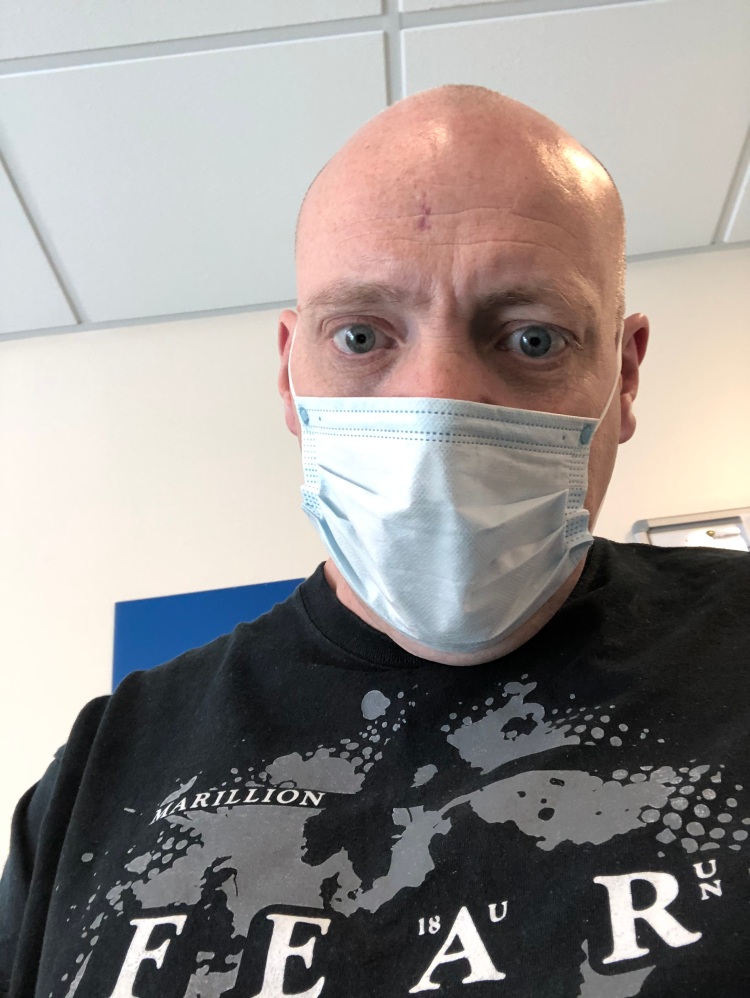 At the end of the day, I am so grateful to Kelly for doing this for me. Now Kelly really didn’t have to do this for me and I was and still am grateful for this. At the end of the day, I see this as another random ‘act of kindness’. I have thanked her for this kind act as I am grateful for the work that her and all nursing colleagues do for me and continue to do for me while being a patient at the RIE on Ward 102.

On Tuesday 12th May 2020, it was International Nurses Day. I have already highlighted this on my Facebook page and the One of Fifteen Facebook page.

I have always had admiration for the work that nursing staff do. This goes back to when my mum was a nurse when I was a lot younger, a lot lot younger.

My mum had worked on the various hospitals that used to be in Dunfermline before the four were knocked down. My mum before she retired from the health service went on to be a ‘district nurse’ and this was a job she really enjoyed.

My sister Theresa was also a nurse, a senior charge nurse in charge of a mental health day hospital in the Queen Margaret Hospital (QMH) Dunfermline before she retired.

Finally, my sister-in-law, Nicolle is a nurse at the QMH Dunfermline. So it’s fair to say that due to this family affair with nursing, I have nothing but admiration for every single nurse.

My mum used to say that for her it wasn’t a ‘career’, for her it was a ‘calling’, ‘a calling to help people when they need help the most’!

Remember everyone, stay save stay alive.